Boldly go into the World of Star Trek: Prodigy on a new adventure with the Protostar Crew

After the U.S.S. Protostar picks up strange readings from a dying star, the transporter malfunctions and scatters the crew across the universe. In a race against time, Dal R’El and Gwyndala must work to save not only their crewmates Jankom Pog, Rok-Tahk, Zero and Murf, but their ship, new alien species AND an entire planetary system - before everything is destroyed by a supernova!

But watch the skies for the deadly new nemesis and their army of robots, who will stop at nothing to destroy the Protostar and change the entire course of history! And watch out for Hologram Janeway as she teaches Dal and Gwyn about the ways of the Federation.

Play as fan favourites Dal R’El and Gwyndala in solo-play or 2-player co-op, to explore the brand-new alien worlds of Orisi, Mirios and Taresse and make first contact with their alien inhabitants. Learn the undiscovered civilisation’s culture and discover their secrets, while navigating the planets’ different hostile environments by playing puzzles and challenges.

Based on the hit animated series Star Trek: Prodigy, developed by Emmy® Award winners Kevin and Dan Hageman (“Trollhunters'' and “Ninjago”), the show is the first Star Trek series aimed at younger audiences. The show follows a motley crew of young aliens who must figure out how to work together while navigating a greater galaxy, in search of a better future.

The series stars Brett Grey as Dal, Ella Purnell as Gwyn, Rylee Alazraqui as Rok-Tahk, Angus Imrie as Zero, Jason Mantzoukas as Jankom Pog and and Dee Bradley Baker as Murf. Kate Mulgrew also returns to the franchise as the iconic Captain Kathryn Janeway. Produced by Nickelodeon Animation and CBS’ Eye Animation Productions, Star Trek: Prodigy is currently available to stream on Paramount+ and watch on Nickelodeon in the U.S. The first season became available in April 2022 in UK and is being rolled out across Europe throughout 2022.

Terry Malham, CEO of Outright Games, said “It has been a huge pleasure to work with Paramount and Nickelodeon to create a game that brings to life a brand as influential and important to popular culture as Star Trek. Creating the first family friendly Star Trek game has been an exciting new challenge for us and we’re sure that with this title, we have created something for Star Trek fans old and new to enjoy together”. 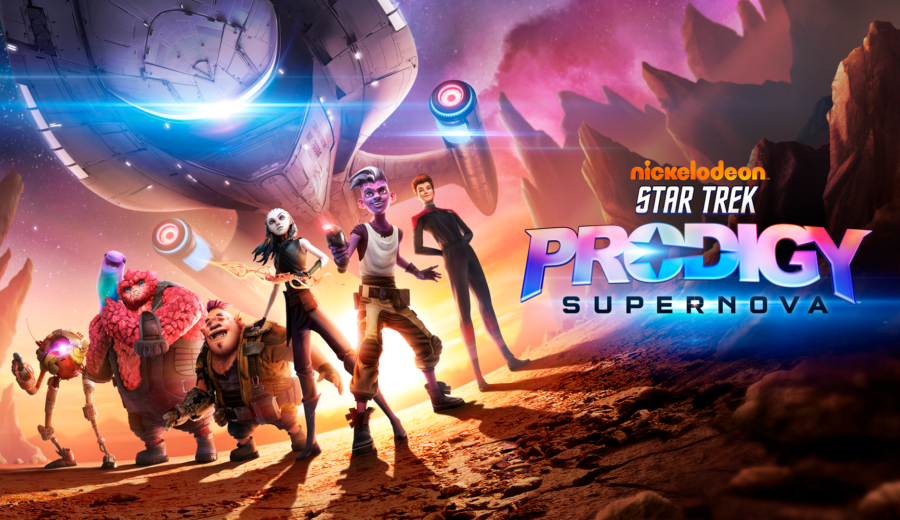