Hotel Transylvania is one of Sony Pictures Animation’s most successful original movie franchises to date, with the first three movies achieving a combined box office of over $1.3 billion. The final chapter in the series, Hotel Transylvania: Transformania was released exclusively on Amazon Prime Video in January 2022.

In Hotel Transylvania: Scary-Tale Adventures, dive into unique worlds based on classic fairy tales Little Red Riding Hood, Ali Baba and the Forty Thieves and The Emperor’s New Clothes but with a spooky Hotel Transylvania spin! Become Little Red Riding Mavis and watch out for Big Bad Wolf Wayne, collect valuable trinkets for the King of Thieves to enter The Cave of Treasures and solve puzzles to unlock the ruined temples and find Emperor Blobby’s New Clothes.

Play as Drac and Mavis, each with their own fang-tastic vampire skills like super strength, immobilisation powers, super jumps and more while exploring spook-tacular storybook worlds and defeating the creatures that haunt each chapter. Players can meet other famous Hotel Transylvania characters along the way as well! Johnny, Murray, Wayne and more will guide players to use their special abilities, complete exciting quests, devious challenges, fiendish puzzles and unearth hidden collectibles. With so much at stake, Drac and Mavis are Count-ing on their biggest fans to save the day!

"We're feeling fab-boo-lous that Hotel Transylvania: Scary-Tale Adventures has launched today!'' said Terry Malham, CEO of Outright Games. ‘’We’ve had a great time taking such iconic characters and transporting them to these beloved fairy tale worlds all with a unique Hotel Transylvania twist. We feel in our bones that the game is a fun filled adventure for the whole family to enjoy!’’

Check out the trailer here. 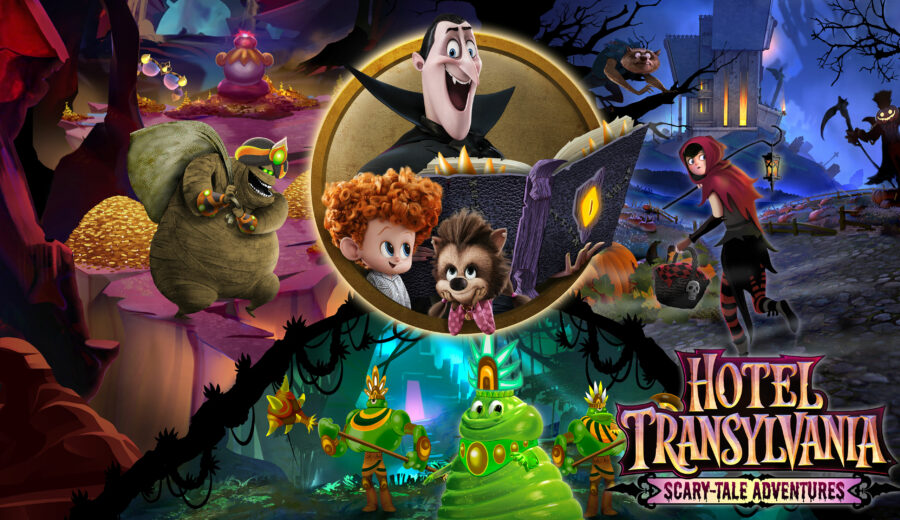 Outright Games is a global video games publisher with a focus on bringing quality family entertainment to a worldwide audience. Founded in 2016, Outright Games has established its place in the market delivering engaging interactive games of beloved entertainment licences globally. Outright Games brings stories and characters to life with titles including favourites such as My Friend Peppa Pig with Hasbro, Fast & Furious Spy Racers: Rise of SH1FT3R with NBC Universal, Jumanji: The Video Game with Sony Pictures and PAW Patrol The Movie: Adventure City Calls with Nickelodeon. With an Outright Games title there will be fun for all the family to enjoy.

Drakhar Studio is a video game development studio for both mobile devices and Sony, Microsoft and Nintendo consoles. Founded in 2011 in Spain, Drakhar Studio started with small games for Android and Apple until in 2016 it launched its first game for consoles: Ginger Beyond The Crystal. Since then, Drakhar Studio has specialized in the development of video games for publishers and film and animation producers, standing out for its high level of quality, fun mechanics, and special care in the artistic aspect.