Gear up for a monster race based on the hit Nickelodeon preschool animated series.

London, (1st October) - On your marks, get set, race! Outright Games, the leading publisher of family friendly interactive entertainment, in partnership with Nickelodeon, have today launched Blaze and the Monster Machines: Axle City Racers, the first ever console game based on the hit animated series. This follows the ongoing partnership between the two pre-school entertainment powerhouses who also recently released PAW Patrol The Movie: Adventure City Calls. Based on Nickelodeon’s hit series Blaze and the Monster Machines, this new game is available now for Nintendo Switch™, PlayStation®4, Xbox, Stadia and PC and priced at $39.99/€39.99/£34.99 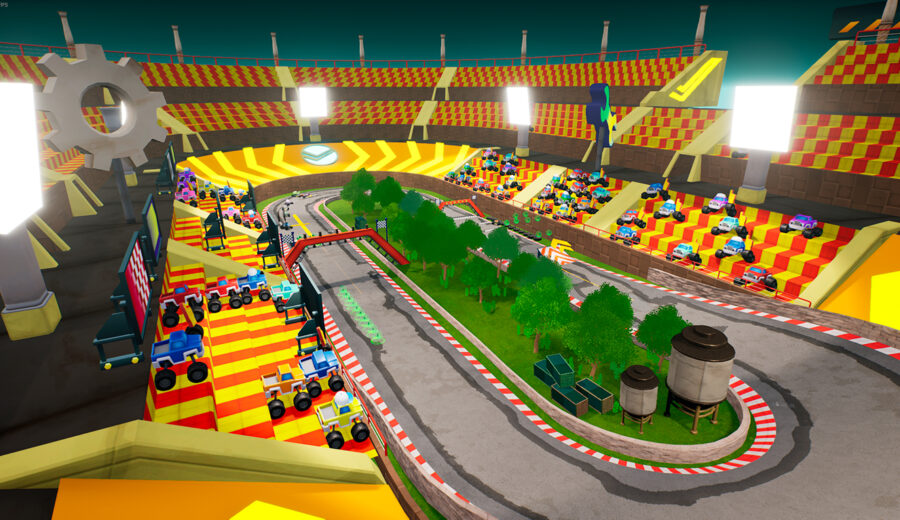 Developed by 3DClouds, fans can join Blaze and his driver AJ, along with other fan favourites Starla, Pickle, Crusher and more friends for their first kart racer experience. With customisable characters with unique abilities to activate, STEM educational features and auto drive with optional simple controls, this game is perfectly accessible to the very youngest players. There is fun to be had for the whole family with 4-player split screen co-op, as fans can buckle up for the ride of a lifetime this Christmas!

“We’re thrilled to have translated the colourful world of Blaze and the Monster Machines into a game fans will have a thrill ride with,” said Terry Malham, CEO of Outright Games. “Not only was it an exciting challenge to produce the first video game based on this beloved franchise, but with the series’ focus on STEM teachings, simple controls and auto drive features for younger players, we’re happy to have created something the very youngest gamers can enjoy and learn from, while playing.”

Blaze and the Monster Machines is a CG animated series that premiered in 2014 on Nickelodeon and follows eight-year-old driver AJ and his monster truck Blaze, as they go on adventures that explore and educates on interesting STEM topics and concepts through fun and engaging content. Now on its 6th Season on Nick Jr and Nickelodeon and available globally on Amazon Prime, Apple TV and Netflix and now streaming on Paramount+ in the US. The series has featured multiple big name VO guest stars, including DJ Khalid, Mayim Blanik, Billy Rae Cyrus and more recently the voices of Chris Paul and Abby Wambach in a July 23rd aired, special sports episode.

Blaze and the Monster Machines: Axle City Racers is available now digitally and at retail for Nintendo Switch, PlayStation, Xbox, Stadia and PC.

Want to know more about ‘BLAZE AND THE MONSTER MACHINES’?