DC League of Super-Pets: The Adventures of Krypto and Ace Flies onto PC and Consoles Today!

In the game, the fate of Metropolis is in the paws of DC’s iconic Super-Pets Krypto and Ace as they set off on a new high-flying adventure to take on Superman’s arch-nemesis, Lex Luthor. Using his vast intellect and resources, Lex has hatched a plan to capture the stray animals around the city, and it’s up to you to put a stop to him!

Play as the titular Super-Pets in this 3D on-rails action game, across multiple missions throughout Metropolis, using their unique abilities to save strays from the clutches of Lex Luthor’s army of robots! Once all the strays are rescued, players will then be able to help them find loving new homes by bringing them to the adoption agency.

● TAKE ON DC’S MOST DASTARDLY SUPER-VILLAIN - Battle Lex Luthor and his army of LexBots, who’ve been let loose all over Metropolis to capture the city’s strays!
● PLAY AS FAN FAVOURITE SUPER-PETS - Superman and Batman’s pups Krypto and Ace are on the scene to save the day, along with a little help from pet pals PB, Merton and Chip.
● UPGRADE YOUR POWERS AND GEAR - Help PB, Merton and Chip unlock powerful new upgrades to aid Krypto and Ace On their missions and earn three unique abilities for each playable pup as the game progresses!
● EVERY PET NEEDS A HOME - As you rescue strays from the clutches of Lex Luthor, you’ll be able to help them find new homes with the citizens of Metropolis through a pet adoption minigame.

Terry Malham, CEO of Outright Games said: “We’re so excited to be launching DC League of Super-Pets: The Adventures of Krypto and Ace today, letting players take flight as some of the most lovable Super Hero pets around. It’s been a delight working again with our partners Warner Bros. on another excellent children’s franchise, and we can’t wait for DC fans of all ages to get their hands on this brand new DC adventure.”

The DC League of Super-Pets-inspired fun continues on Tuesday, July 19, as DC releases an original graphic novel by writer Heath Corson and artist Bobby Timony, DC League of Super-Pets: The Great Mxy-Up. Krypto, Ace, and the rest of the Super-Pets need to rescue their human counterparts in the Justice League from Mr. Mxyzptlk, a magical imp from the fifth dimension, before his mischief destroys all of Metropolis! A special Walmart version will also be available, featuring a bonus story spotlighting Wonder Woman’s biggest fan, pot-bellied pig PB.

DC League of Super-Pets: The Adventures of Krypto and Ace is available today on Nintendo Switch, PlayStation 4, Xbox One, PC and Stadia. Free Xbox Series X|S and PS5 upgrades will be available on September 30th for existing owners on Xbox and PlayStation. 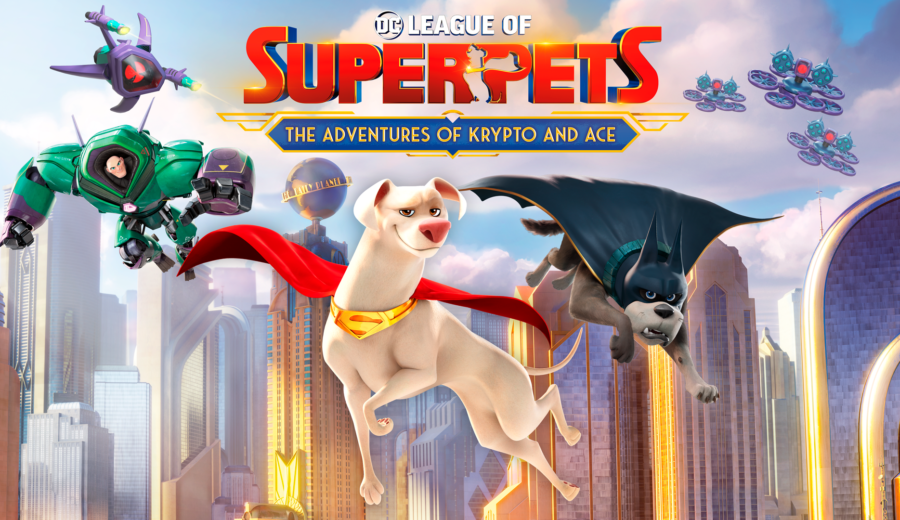 Want to know more about ‘DC LEAGUE OF SUPER-PETS: THE ADVENTURES OF KRYPTO AND ACE’?