Take on the mantle of Superman, Wonder Woman and Batman in the upcoming new family-friendly co-op action adventure to save Happy Harbor from the nefarious Mr. Mxyzptlk

London (12th December 2022) - Outright Games, the leading publisher of family-friendly interactive entertainment, is pleased to reveal the game features and launch date for DC’s Justice League: Cosmic Chaos. Licensed by Warner Bros. Interactive Entertainment on behalf of DC, Outright Games calls DC fans of all ages to unite against chaos in this all-new open world action adventure game. The game will be available to play from March 10th 2023 on PlayStation 4®, PlayStation 5®, Nintendo Switch™, Xbox One, Xbox X|S and Steam.

Designed to be fun for the whole family, play as fan favourite Super Heroes Batman, Superman or Wonder Woman to battle Mr. Mxyzptlk, the trickster from the 5th Dimension, who has arrived to reign chaos. He is one of the most powerful Super-Villains, with the ability to manipulate space and time and who also really enjoys pranks. Mr. Mxyzptlk has summoned Starro the Conqueror to keep the Justice League busy while he becomes the new self-appointed Mayor of Happy Harbor.

One of the first villains that the Justice League fought against together in The Brave and the Bold No.28 in 1960, Starro the Conqueror, the mind controlling alien, wreaks havoc across the town. Players will face action-packed missions and must defeat hordes of enemies using each hero's unique abilities, from Superman’s Heat Vision and Super Breath to Wonder Woman’s Truth’s Pull, to restore peace. Fly, lasso and flip across Happy Harbor to complete puzzles and unlock outfits and special upgrades to customise the DC Super Heroes in this colourful open world adventure. Players can also interact with other Justice League members Green Lantern, Cyborg, The Flash and Aquaman who make cameos throughout the game.

Fans can enjoy DC’s Justice League: Cosmic Chaos with friends and family in 2-player couch co-op to engage with exciting and hilarious gameplay.

Beth Goss, CEO of Outright Games said: “Working alongside DC and Warner Bros. Interactive Entertainment to bring DC’s Justice League: Cosmic Chaos to life has levelled up the Outright Games portfolio. Fans love the ultimate ensemble team, The Justice League, which is why we are excited to include Mr. Mxyzptlk in this game’s story. Mr Mxyzptlk creates such a fun narrative for players to enjoy, as he thrives on bringing mischief and mayhem to Happy Harbor. We wanted to create an adventure that honed in on the character traits of our Super-Villains, allowed players to experience iconic super powers while also creating a fun experience for younger audiences to be introduced to the Justice League universe.” 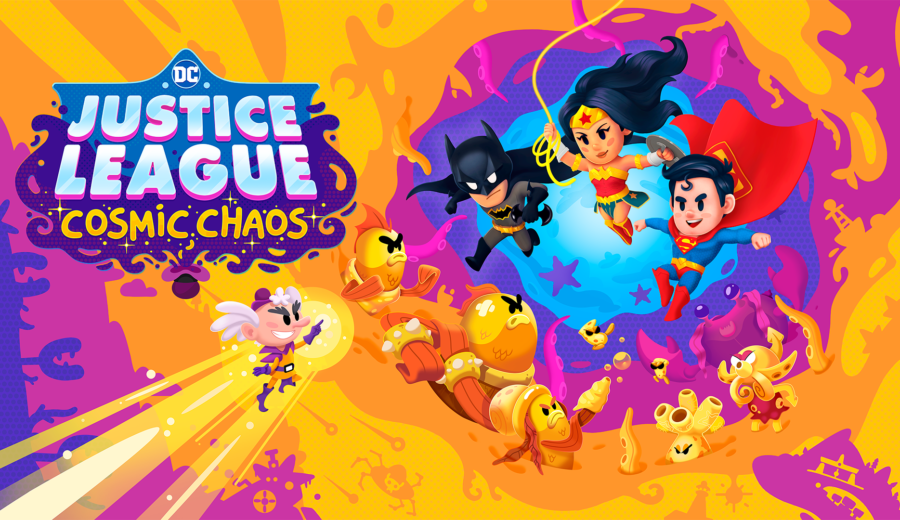