PAW Patrol®: Grand Prix is out now on Console & PC!

Get ready for PAW-sitively thrilling races in this brand-new kart racer starring the PAW Patrol pups!

London, 30th September - Outright Games, one of the leading global publishers of family friendly interactive entertainment, in affiliation with Paramount Consumer Products, Nickelodeon and Spin Master Ltd., a leading global children’s toy and entertainment company and the creators of PAW Patrol, have today released PAW Patrol: Grand Prix. Developed by 3D Clouds, this first-ever kart racer and four player PAW Patrol video game, will give players the opportunity to dash around their favourite locations from the smash hit TV show in a bid to win the Pup Cup. PAW Patrol: Grand Prix is available now on PlayStation 4®, PlayStation 5, Nintendo Switch™, Xbox One, Xbox X|S and Steam.

Join Ryder, Chase, and the rest of the PAW Patrol on their fastest mission yet--to win the Pup Cup! Players will be able to speed their way around 11 tracks in Adventure Bay, Jake’s Snowboarding Resort, the Jungle and more to find out who’s the quickest racer of them all. But watch out for Mayor Humdinger, --he could be just around the corner in his blimp to cause all kinds of mayhem on the track!

As well as being the first ever PAW Patrol game kart racer, PAW Patrol: Grand Prix is the first PAW Patrol multiplayer video game that allows up to 4-players at once, letting the whole family play together via split screen. Race to become a champion using power ups and boosts like water balloons, snowballs and confetti blasts. More experienced track stars will be able to play on hard mode, while younger players can use easy control options with auto-acceleration to guide them to the finish line.

PAW Patrol: Grand Prix is based on PAW Patrol, the award-winning hit animated preschool series that follows the adventures of a tech-savvy boy named Ryder and his team of pups who are ready to save the day. One of the most popular kids’ shows in the world, its success has turned the franchise into a true global phenomenon.

PAW Patrol will celebrate its 10th anniversary next year, and will release the new animated feature film, PAW Patrol: The Mighty Movie™. This will be the second film in the franchise, following the global success of last year’s PAW Patrol: The Movie™, produced by Spin Master Entertainment in association with Nickelodeon Movies and distributed by Paramount Pictures. PAW Patrol: The Movie ranked #1 across multiple territories in its opening weekend, ranked #1 in 25 countries, making over $140M at the global box office“. It remains a smash hit on Paramount’s streaming platform, Paramount+.

“We’re absolutely thrilled to get PAW Patrol: Grand Prix into players’ hands today. It’s been a delight working again with Nickelodeon to bring our fourth PAW Patrol game to fans’ screens We’re so excited to be able to offer such an exciting racing game, especially one where families can all play together, regardless of age or experience. We’ll see you on the track!” 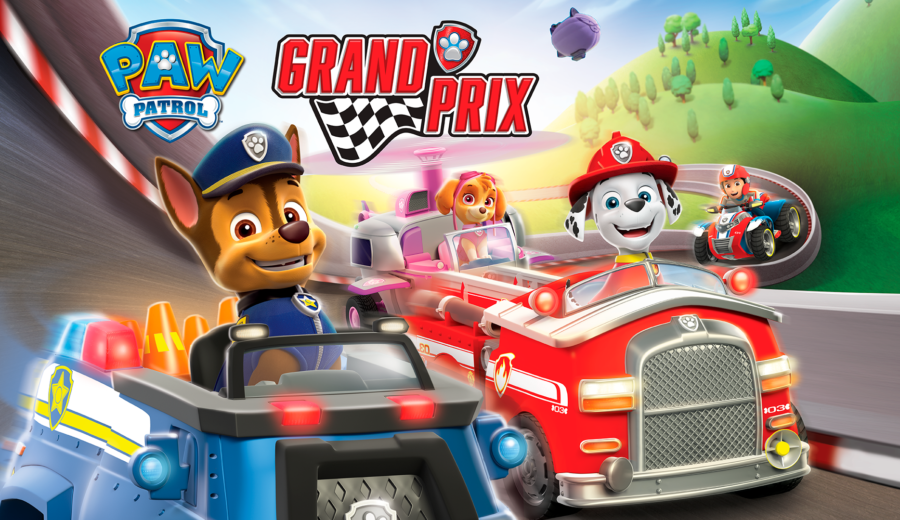