The video provides a firsthand look at the recording of Chris's composition of the game’s inspiring title theme.

Today, Outright Games, in collaboration with Universal Games and Digital Platforms, have released a new behind the scenes video featuring accomplished composer Chris Whiter and the Fames Orchestra, recording music for the DreamWorks Dragons: Legends of the Nine Realms soundtrack It also includes new gameplay footage showing more of the incredible Hidden World setting, as well as action from the four main dragon characters.

The video provides a firsthand look at the recording of Chris's composition of the game’s inspiring title theme, which begins with an energetic string section and soaring flutes. The stunning choral vocals from renowned German vocalist Sylvia Schmidt can be heard as they’re layered over the recording of majestic horns, celtic flutes and whistles. Sylvia has been active for over twenty years writing, recording and performing jazz, classical and folk music both as a solo artist and with collaborators including London Contemporary Voices.

The video also features new gameplay footage of Thunder, and friends Plowhorn, Feathers and Wu & Wei as they roam the different Realms searching for Thunder’s family. Fans can see more of the fantastical Ice Realm, as well as Wu & Wei and Plowhorn showing off their fire breathing skills.

Chris Whiter is a UK-based media composer whose layering of instrumental textures and rhythmic patterns have become a trademark of his compositions. In the world of video games, his ever-growing credits include producing the full original soundtrack for the critically acclaimed Transformers Battlegrounds as well as DreamWorks Dragons: Legends of the Nine Realms.

‘’It was a real privilege to compose the music for DreamWorks Dragons: Legends of the Nine Realms, and working closely with the team from early in the development process meant it felt like the music really grew with the game,” said Whiter. “The biggest and most daunting challenge was making sure it reflected on the original film scores, which are a joy to listen to and there were so many elements of that music that I wanted to preserve in the new world for the Dragons.”

Inspired by the DreamWorks Animation original series DreamWorks Dragons: The Nine Realms, the game takes players on a fiery adventure across realms of fire, ice and more on a quest to rescue Night Light dragon Thunder’s family. Fans can play as the courageous Thunder, and friends Plowhorn, Feathers and Wu & Wei and unleash their hidden dragon in a bid to save the legendary dragon kingdoms.

Set 1,300 years after the events of How to Train Your Dragon, DreamWorks Dragons: The Nine Realms launched in December 2021 to critical acclaim. The fourth season will be available November 17 on Peacock and Hulu in the U.S. and BBC iPlayer in the U.K. In the EU, the series is broadcast on Rai Gulp in Italy, Clan in Spain, Super RTL/TOGGO in Germany and Viaplay in Benelux, Poland and Norway.

DreamWorks Dragons: Legends of The Nine Realms is out now on Xbox One, Xbox Series X|S, PlayStation 4, PlayStation 5, Nintendo Switch and PC.

Check out the new video and assets below. 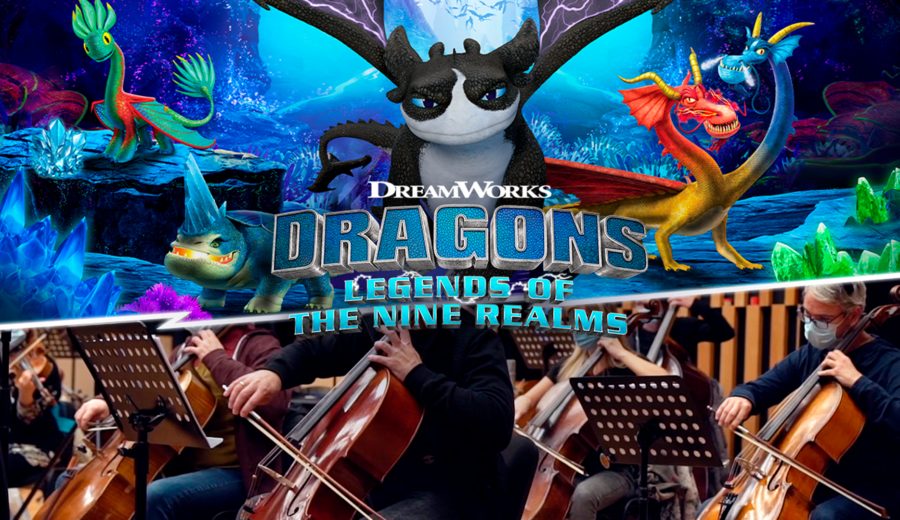