DreamWorks Dragons: Legends of The Nine Realms lands on PC and consoles today

Set in the world of the critically acclaimed DreamWorks How to Train Your Dragon franchise, this brand-new, action-adventure video game is available now!

Inspired by the DreamWorks Animation original series DreamWorks Dragons: The Nine Realms, fans of the iconic franchise will take control of a new generation of dragons in a fiery adventure to save Thunder’s family and rescue dragonkind.

Set 1,300 years after the events of How to Train Your Dragon, fans can play as the courageous Night Light, Thunder, and friends Plowhorn, Feathers, and Wu & Wei, as they join together to unleash their unique, upgradeable abilities and defeat gigantic dragon bosses as they soar across the realm to discover what has disrupted the peaceful realms of dragons.

The action doesn’t stop there as experienced players can put themselves to the ultimate test in ‘Challenge Mode’ where levels can be replayed with increased difficulty modifiers. While swooping and diving around the fantastical realms, players will also be accompanied by the distinctive music of acclaimed composer, Chris Whiter, who has created the orchestral score for the game.

“We’re thrilled that we’re finally able to share DreamWorks Dragons: Legends of The Nine Realms with everyone,” said Terry Malham, CEO of Outright Games. ‘’Working with our close collaborators at Universal has been a fantastic experience and we’ve loved taking these characters from the series and adapting them for a one-of-a-kind video game experience. Fans can expect an action-packed adventure with amazing characters and battles. We hope everyone loves it!”

“The How to Train Your Dragon franchise continues to entertain and push boundaries as the story evolves to a modern-day world” said Jim Molinets, SVP of Production, Universal Games and Digital Platforms. “DreamWorks Dragons: Legends of The Nine Realms takes the fantastic storytelling and characters that the franchise is known for and transports them into a new world filled with fiery action and nonstop adventure that will continue to enthral audiences worldwide.’’

Set 1,300 years after the events of How to Train Your Dragon, DreamWorks Dragons: The Nine Realms is available on Peacock and Hulu in the U.S. and BBC iPlayer in the U.K. In the EU, the series is broadcast on Rai Gulp in Italy, Clan in Spain, Super RTL/TOGGO in Germany and Viaplay in Benelux, Poland and Norway. The latest season is streaming now. 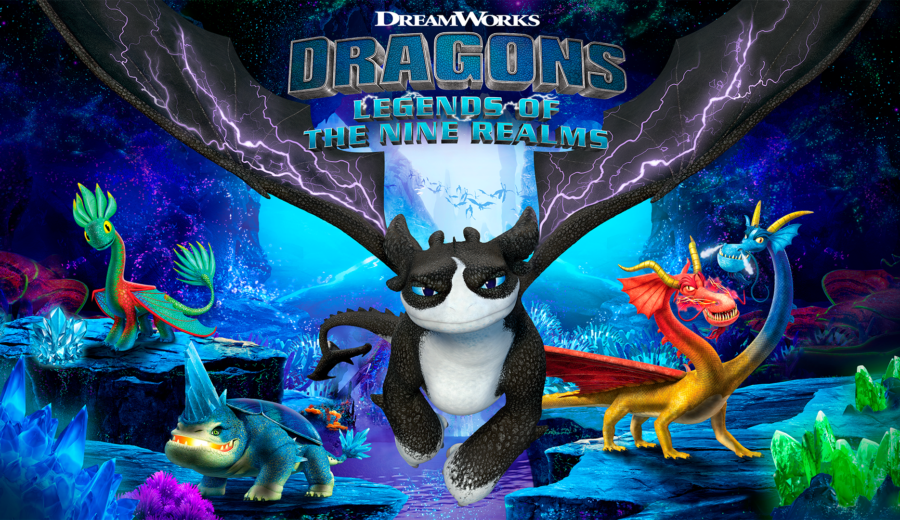