London, 5th November - Outright Games, the leading publisher of family-friendly interactive entertainment, in partnership with Universal Games and Digital Platforms, today announced the release of Fast & Furious: Spy Racers Rise of SH1FT3R. Developed by 3D Clouds, this thrilling action racing game is available now on Nintendo Switch, PlayStation®4, Xbox One and PC Digital. Next-gen versions on PlayStation® 5 and Xbox Series X|S, along with Google Stadia, will be available at a later date.

Check out the release trailer here: 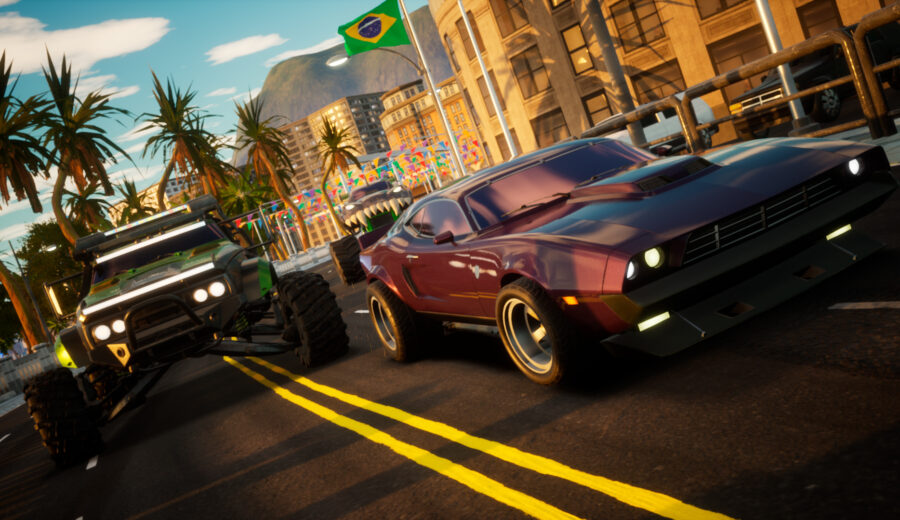 Inspired by the Universal Pictures and DreamWorks Animation series Fast & Furious: Spy Racers, notorious criminal gang SH1FT3R is back in the game and it’s up to the Spy Racers to stop them from winning a spectacular vehicle that will cause chaos in the wrong hands. Players go undercover and drive as their favorite Spy Racers including Tony Toretto, Echo, Cisco, Layla Gray, or even the notorious SH1FT3R gang including Shashi Dar, Moray, Rafaela Moreno, and more. Players can race solo, or with friends and family via split-screen couch co-op, as well as multiplayer for up to four players on Nintendo Switch and six players on all other platforms.

“We’re thrilled that Fast & Furious: Spy Racers Rise of SH1FT3R is racing onto consoles and PC today. We’ve really enjoyed working with Universal Games and Digital Platforms on bringing this popular series and characters into the world of video games,” Terry Malham, CEO of Outright Games said. “We think the game more than lives up to its title! It’s a wild ride, full of fast cars, slick gadgets, intense action and fun for the whole family.”

“Fast & Furious: Spy Racers Rise of SH1FT3R proves that the Fast & Furious franchise will continue to engage fans with new content and adventures to reach them wherever they are,” said Jim Molinets, SVP of Production, Universal Games and Digital Platforms. “The new game expands on what makes the series so special – from the compelling narrative to the high-speed action – further demonstrating the strength and staying power of the brand.”

Fast & Furious: Spy Racers began airing on Netflix in 2019 and is executive produced by Vin Diesel, Chris Morgan, Neal H. Moritz, Tim Hedrick and Bret Haaland. The series follows Tony Toretto and a team of teenage street racers who are hired to infiltrate an elite racing league, which is serving as a cover for a criminal organization that is intent on world domination. Season four of Fast & Furious: Spy Racers Mexico is streaming now on Netflix. The latest chapter in the Fast & Furious saga – F9 – was released earlier this year and is available on 4K Ultra HD, Blu-ray, DVD & Digital Now.

Over the course of nine films that have stoked passion in an ever-expanding audience and have earned nearly $6 billion at the worldwide box office, Universal Pictures’ record-smashing, homegrown Fast & Furious Saga has become the studio’s most-profitable and longest-running franchise. Across social media platforms, the fan following for the movies and cast has grown into the biggest of any active franchise. On the heels of The Fate of the Furious, which debuted in theaters as the biggest global opening of all time, the blockbuster franchise has expanded to a multitude of offerings – from toys and video games to an all-new animated series and successfully launched spin-off franchise. F9, the ninth chapter in the Fast & Furious saga, hit U.S. theatres June 2021.