You can watch the brand new launch trailer below.

Step up and rescue Ryan’s friends who have been captured and transported across different worlds by the evil Dark Titan and his wicked allies, Robo Combo and Packrat! Players will travel through four different slime-filled planets on spaceship flying bosses, collecting Sun Coins and Ryan’s Surprise Eggs along the way to unlock new shop items. Customise characters with fun alien hats, gamer gear and much more and have a blast with the fun mini games like Spaceship Flight and The Floor is Lava!

Play as Ryan, Combo Panda, Alpha Lexa, or Gus the Gummy Gator in single or two player mode with friends and family. And remember - Dark Titan and his villainous crew can’t be defeated alone! Use Gil’s Barrels, Moe’s Spaceship, Peck’s Slime, Shelldon, and more to crush the bad guys and ultimately save Ryan’s friends! 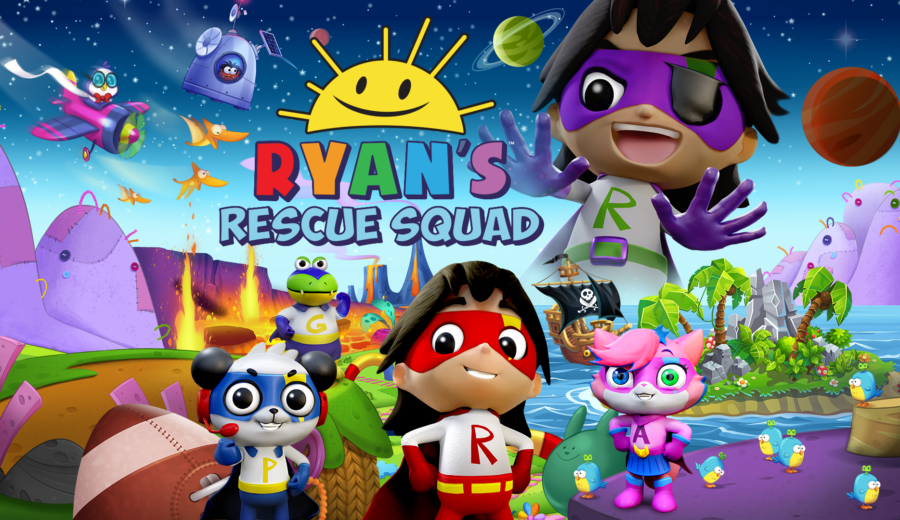 A top creator on YouTube, Ryan’s World channels have generated over 68.6 Billion lifetime views, and have amassed over 50 million subscribers across 9 channels. The Ryan’s World universe spans everything from toys to toothbrushes, clothes and now a second console video game following on from the  successful ‘Race with Ryan’ which was released with Outright Games in 2019. Expanding Ryan’s World in new and immersive ways is crucial to pocket.watch and Ryan’s family in fulfilling their mission to bring kids more of what they love.

Terry Malham, CEO of Outright Games said “It was a wonderful experience to work with pocket.watch, p.w Games, and Sunlight Entertainment for our second game together. We’ve upped the fun, colour and excitement for this title and we feel we’ve created an action packed adventure that the family can enjoy playing together, particularly younger players. We can’t wait to share it with everyone.’’

Kerry Tucker, Chief Marketing and Franchise Officer of pocket.watch™ said “Ryan’s World continues to grow every day, as we strive to create new exciting experiences that fans will love. Ryan is everywhere kids are – including on their favorite game consoles. We love that this is a game families and friends can play together in co-op mode. Ryan’s Rescue Squad invites fans to an all-new unmissable adventure.”

Pocket.watch is the premier kids and family entertainment company that specializes in entertaining and inspiring kids and families through digital-first content and sparking their imaginations with lifestyle products ranging from toys to toothbrushes. The company inspires kids to seamlessly move between screen time and playtime and manages a growing portfolio of franchises that includes some of the largest kids and family YouTube brands in the world, including Ryan’s World, Love, Diana, Toys and Colors, and Onyx Family. Pocket.watch created and produces the hit show Ryan’s Mystery Playdate, which airs on Nickelodeon and is currently in its fourth season. The company was founded in March 2017 by Chris M. Williams and is located in Culver City, CA where it maintains an office and studio. Its management team is made up of studio veterans and visionaries from traditional and digital entertainment including Xavier Kochhar, Albie Hecht, Jon Moonves, Kerry Tucker, Ed Kaufman and David B. Williams. Investors and stakeholders include Viacom, Greycroft, Third Wave Digital and United Talent Agency (UTA), as well as notable strategic angels including Robert Downey Jr. (Team Downey) and Jon Landau with a significant stake in the company being held by Ryan’s World creator Sunlight Entertainment. For more information about pocket.watch, please visit pocket.watch.