The Bratz© pack returns to consoles and PC today in the most fashionable video game of 2022!

Bratz fans old and new can play as one of the original four – Cloe, Sasha, Yasmin, and Jade – as they strut into an all-new globe-trotting adventure and become global fashion influencers!©

Developed by Barcelona-based Petoons Studios, BRATZ: Flaunt Your Fashion is the first new Bratz game for consoles and PC in over a decade. Fans can play as the original, trendsetting Bratz Pack, starring Cloe, Sasha, Yasmin, and Jade as they work together to create the coolest magazine in the world and become the ultimate fashion influencers!

Become the best in the fashion biz while serving the latest cutting edge looks and making new friends! Complete quests, publish stories, and play exciting minigames to grow the magazine and gain followers. Collect style points to make sure the Bratz girls are dressed to impress as they explore Stylesville, travel to exciting cities such as Barcelona and Seoul and attend events such as the Stylin' Soiree where they will chase the biggest stories and make it to the top of the fashion world!

Bratz is one of the best known and biggest globally recognized fashion doll brands, first launched by MGA in 2001. The original collection of dolls first introduced the world to Cloe, Sasha, Yasmin, and Jade - a super fashionable, diverse group of friends who are all about setting trends and expressing themselves. Between 2001 and 2002, Bratz beat all toy sales records, and throughout the 2000s the original Bratz Pack starred in their own TV show, movies, and games that were loved by fans worldwide, cementing Bratz as the most iconic and fashionable dolls in the world. Today, the girls are back and the Bratz brand is enjoying a spike in popularity.

Beth Goss, CEO of Outright Games said “It has been wonderful working with our friends and partners at MGA Entertainment once again, as we bring the Bratz back into the world of video games for the 2020s. We’re very excited for the millions of existing fans around the world, and new audiences who will be introduced to this iconic brand and these beloved characters. This is the first Bratz game to come to PC and consoles in over 10 years, and we can’t wait for everyone to play the game themselves.”

Isaac Larian, Founder and CEO of MGA Entertainment, said “Bratz are back, and we’re excited to bring an all new Bratz video game to players where they can virtually become the girls with a passion for fashion again. BRATZ: Flaunt Your Fashion brings back the elements loyal fans love: the original, iconic Bratz Pack characters, full customisation with a large collection of new looks, world travel, and a goal to make the quintessential Bratz magazine. Whether a returning fan, a newcomer, or simply a lover of fashion, this is the perfect game to celebrate what the Bratz brand is all about.”

Last year, Bratz celebrated its 20th anniversary, releasing a new line of dolls, as well as a mobile game in partnership with Outright Games. BRATZ Total Fashion Makeover is a fashion-forward experience where players create their own character and embark on a journey that takes them from being undiscovered talent to an elite fashion icon. Available on iOS and Android right now, you find out more at https://bratztotalfashionmakeover.com! 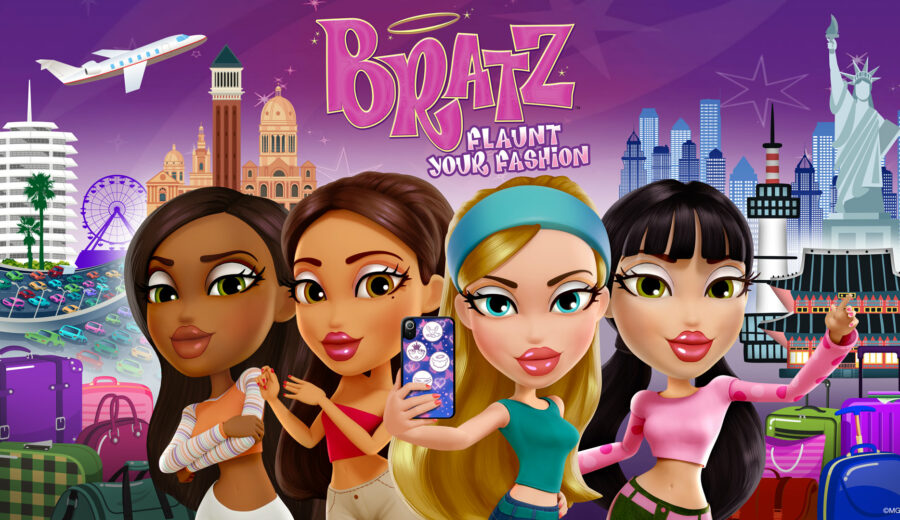 Want to know more about “BRATZ: FLAUNT YOUR FASHION”?