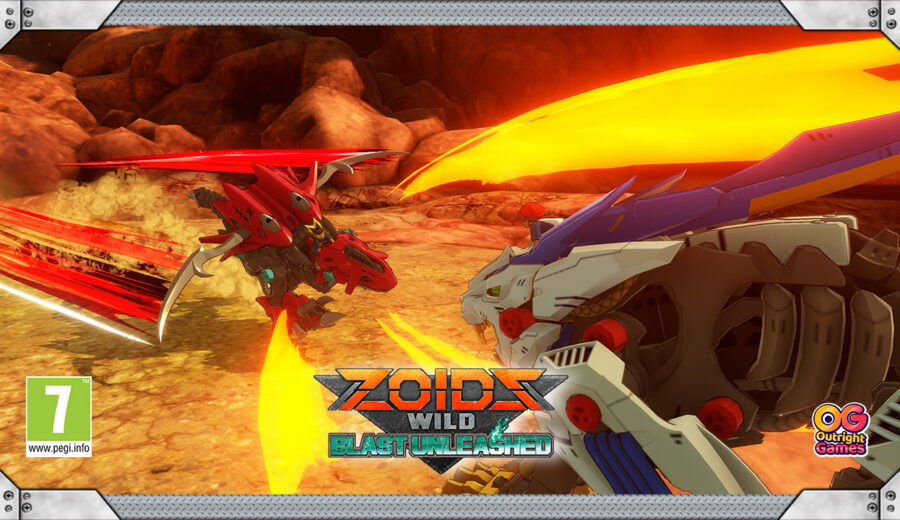 Follow Arashi and his Liger as they help Team Freedom defeat the power-hungry Dark Metal Empire, in spectacular head-to-head battles! With stunning graphics faithful to the anime and a simple 3D combat system that lets you instinctively chain combos, adventure awaits in Zoids Wild: Blast Unleashed. Take mecha combat to the next level!

“We’re thrilled to today bring a new iteration of the wildly popular Zoids to the West,” said Terry Malham, CEO of Outright Games. “This is an incredibly exciting franchise, with a universe and legacy that is ideal for a video game adaptation. With an extensive cast of the most popular Zoids, and an in depth story modem, we feel we have created a faithful adaptation that fans will love.”

Zoids is a global franchise that spans 35+ years, with its long running series of model kits, comics, TV shows and video games. Zoids Wild: Blast Unleashed is based on the most recent smash-hit anime series iteration ‘Zoids Wild’.

TOMY (dba TAKARATOMY in some areas) is a comprehensive toy and content company that produces a wide variety of products and characters for people of all ages and nationalities, and has more than  95 year of history since its founding. Generations of families have enjoyed our all-time favorites such as Plarail, Tomica, and Licca, and such toy lines as Beyblade and Transformers have become genuine global phenomena. As a 21st century toymaker TOMY will continue to make products which reflect the changing times as we fulfill our Corporate Mission which is to “create new value from play” for people all over the world.

Outright Games is a global video games publisher with a focus on providing quality family entertainment to a worldwide audience. Founded in 2016, Outright Games has established its place in the market delivering engaging interactive games of beloved entertainment licenses globally. Outright Games brings stories and characters to life with titles including favourites such as Jumanji: The Video Game with Sony Pictures, Paw Patrol: On a Roll with Nickelodeon, Ben 10 with Cartoon Network, and Dragons: Dawn of New Risers with NBC Universal. With an Outright Games title there will be fun for all the family to enjoy. For more information please visit: www.outrightgames.com